The Wood Gallery began as Victorian Millworks, crafting custom wood detailing and gingerbread accents for homes in 1986. Co-Owner John Biggs said that after an article appeared in the newspaper about the cool things they were doing, a man named Jim Parker called to ask if they knew how to make display cases. “We started making displays for him, then everyone else called to ask us to make displays for them too,” Biggs said. “’Work your magic’, they tell us.”

Co-Owner Chris Clarkson is a recent addition to the company. He said that with their staff and equipment, The Wood Gallery can craft just about anything. Their stylish embellished pocket knives, crafted through a proprietary process, are in great demand, in particular.

The majority of their business comes from word-of-mouth from past satisfied customers. You’ll find their display cases in major retail stores across America. 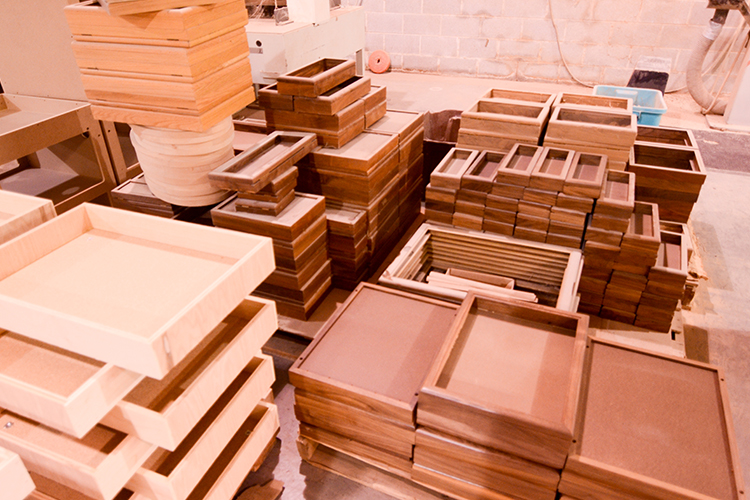 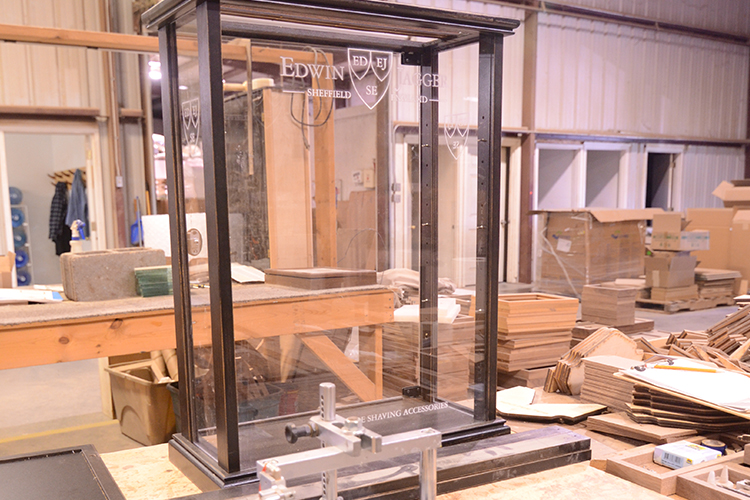